I expected a grand attack of grief upon the 10th anniversary of my father’s death, but it passed with a poised emotional response at the cemetery and a handful of flowers. 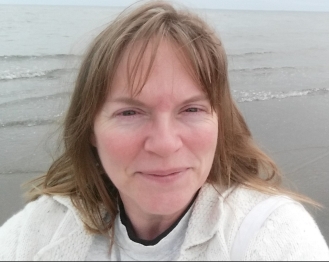 How we respond as each anniversary approaches depends in part on the year, month or week that precedes it. Because grief has a way of meeting us where we are.

Right now, I’m in a season of embarking on new things. Excited, yes. But uncertain, too. We tend to run to anchors during uncertain times. After my widowed mother died, one anchor was her home, the place I grew up. Surrounded by their things, I felt as if my parents were there.

That was comforting. Each death anniversary I’d go to their home and go through their things. As the years passed, I finished the job of cleaning out their home. I sold the house in May.

I’ve got an anchor in God, but I also find myself reaching out for my parents during this uncertainty and change. Their loss is on the front row again. And while I’m not exploding in tears, I feel a sort of ache. The loss of the house has awoken the loss of them.

As we approach death anniversaries, we have four possible singular or a combination of paths to take.

So even though it’s been 12 years, I’ll bend to grief again in this new season of my life. I won’t deny it or say, “It’s been a dozen years already. Enough!” I’ll be compassionate with myself. And through that compassion I’ll find new ways to journey through grief.

What do you do when anniversaries attack? What’s your go-to plan? What helps most?

This Father’s Day will mark the 12th one without Dad. I don’t expect it to be a happy day, but I expect it to be at least a tolerable one. I love and miss my dad every day, but the edge is off my grief. Most days. But sometimes I again feel the knife turn in my belly. And the tears flow. 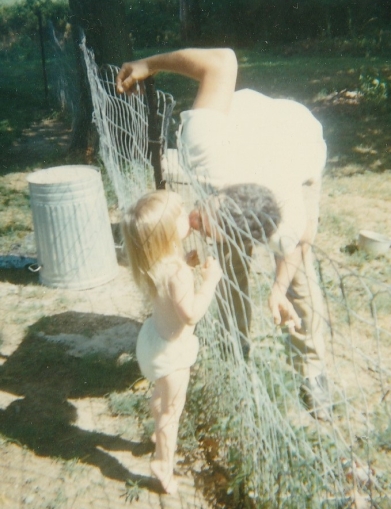 I give a kiss to my dad through the fence.

I think it helps to know he isn’t gone. He’s away. But not gone. He didn’t leave me willingly. And I’ll see him again. It’s like he’s on a trip overseas or to a distant – very distant – star.

I find pieces of my dad like crumbs along a trail. I come along the crumbs accidentally. Last week, I parked my bicycle in the shade to rest, looked up and discovered I was under an elm. Dad loved elms. A crumb may be a song he loved that plays in a store. Or a place I pass.

More recently, I perused a booklet that came with a fancy paint-by-number kit. My mother-in-law purchased the kits for our neighbors, ages 9 and 10, for Christmas. Unable to coordinate my mother-in-law and the kids being over at the house simultaneously, we decided it was time that they opened the gifts. Yes, in June, nearly six months after Christmas.

END_OF_DOCUMENT_TOKEN_TO_BE_REPLACED

Putting a Price on Ourselves

Value. We put a price on everything. On houses. Cars. Jewels. Stocks. Milk. Eggs. Our morning hit of java. We also put a price on people. On relationships. And on ourselves.

We treat everything according to how much we value it. Or how we value him or her. We will protect our person from all sorts of harms. And things we may lock in a vault. Whatever it is we value, we spend time admiring it.

Do you treasure yourself? We know more about ourselves than anyone knows. We know about all the dents. All the angry words in traffic. All the vengeful thoughts. All the curse words under our breath. All the ways we might have helped someone – but didn’t. Can we value ourselves despite those ugly truths?

I was thinking about value the other day while cleaning my mother’s wind chimes. As a child, I loved to hear them tinkle from the wind that drifted into the open windows. A sound memory.

One of the last things I removed from my parents’ home last month before selling it was the wind chimes. The five metal tubes hung below a pagoda that dangled from a delicate chain. I don’t suppose the chime would sell for more than a dollar at a yard sale, but it’s valuable to me. Despite the tarnish and the thick covering of dust. Valuable.