Why Do We Do This To Ourselves? The Saddest Birthdays: What Would Have Been

I want to tell you that my daddy turned 81 this week, that I made him a German chocolate cake, treated him to a big buffet lunch and gave him a beautiful card. But that would be misleading. 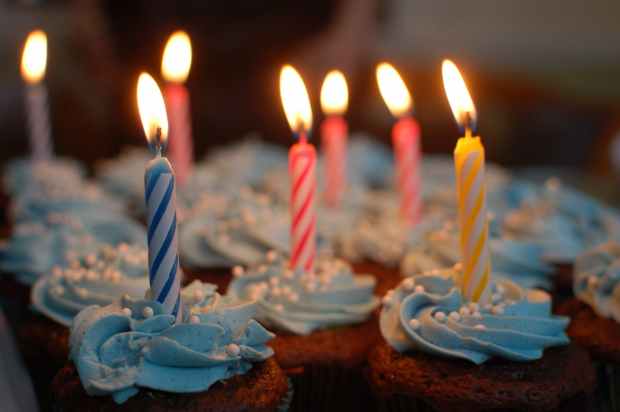 Photo by Pixabay on Pexels.com

I’ve read plenty of stories about children reaching the age a parent was at death. Outliving that marker. Meaning drips from the milestone. I’m not there, yet this birthday haunted me.

Why do we do this to ourselves?

I understand the attention we give when we reach the age a parent was at death. We may think to ourselves, so this is what this age was like for them, or, whew, I made it. I won’t die at the same age.

But what’s this I’m doing? Is it a way to try to wrest control from the uncontrollable? We humans think we’re in control until death slaps a stinging palm across our face.

I’m not good at math, but I’ve always been a numbers person. I can handle singular figures and dates. They’ve got concrete value to them. A kind of certainty. A predictability.

And yet, I cannot predict or control what happens. But sometimes a part of me emerges and acts as if I should be able to.

Dad should have lived to 81, I thought at the cemetery. Mom did. He should be alive.

My mother was nearly 11 years older than my dad. Both had been smokers, but Dad quit in his late 20s. Mom quit in her 70s. She told me the week of his funeral that they’d both thought he would outlive her. Instead, suffering from Parkinson’s, he died of a heart attack, probably a result of years of high blood pressure. Mom died three years later of a lung disease.

I can wish all I want to. I can travel through time and wonder what I could have done or not done. Though I did not recognize the symptom as dangerous, I could have taken my dad to the hospital when he complained of a tightening around his waist.

I could have stayed at his home that afternoon instead of going to Wal-Mart. I could have performed CPR on my dad. If Mom had died before him, I could have moved him into my home. I could have helped him celebrate his 81st birthday. But by now, he likely would be in a wheelchair. And unable to talk.

I hate that my dad died at age 67. He grew old but not old enough. I wondered in the weeks that followed his death why God took him.

Not long after Dad’s death, I saw a man tied to a wheelchair so he wouldn’t fall out and onto the bowling alley floor where his relatives struck down pins. This man had Parkinson’s.

I couldn’t stop watching him slump in the chair. I felt horrible for him. I also realized my father escaped that fate. God told me as much. He showed me this verse:

I’m going to mourn. That’s just the plain fact of things. In 2028, when my mother would have turned 100, I’m going to meet grief again. And when I turn 67, the age Dad was at death, I’m going to notice. I’m going to feel odd as I surpass his life span. And mourn he didn’t live longer.

At the same time, getting some healing out this journey means looking at the big picture and accepting there are things we cannot predict nor control.

Accepting my humanity has been a key assistant to grasping some healing. Sometimes, like a few days ago, I muse over the “what ifs” and “could haves.” I find myself centered on what went wrong.

What went right? My daddy didn’t have to suffer anymore. He’s at peace. In heaven. His body isn’t here, but his soul is 81 years old this week.

Have you faced a milestone date or age? Have you tackled the “what ifs”? What did you find helpful to get through these events and questions?

Like Loading...
Tags: Grief, parent death, Reaching the age of your parent, toni lepeska
From: Uncategorized
← Letting Go of Outcomes
When We’re in a Cage →
No comments yet